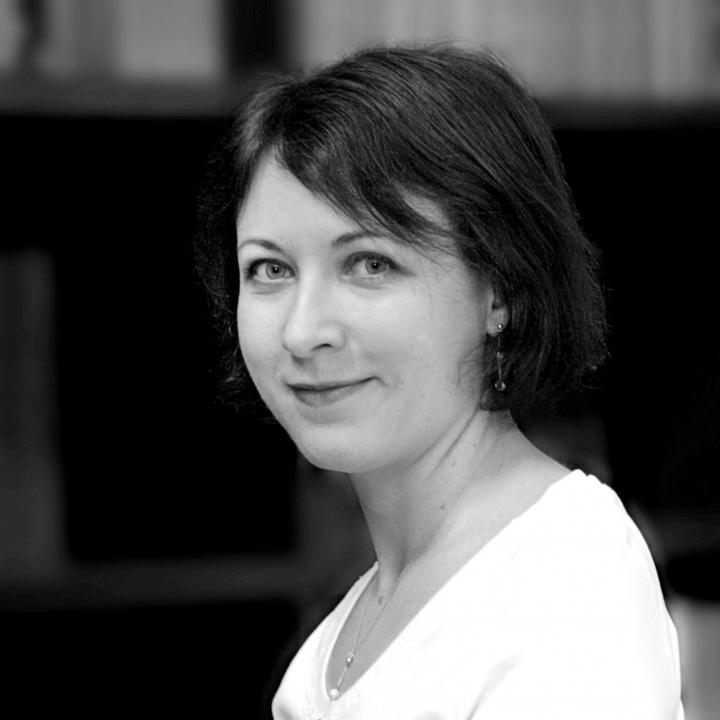 Research interests: Katarina Šter’s scope of research consists mainly of the liturgical plainchant of the medieval monastic orders, with special emphasis on the chant of the communities flourishing on the territory of today’s Slovenia. Her work was firstly focused on the medieval antiphoners coming from the former charterhouses in Slovenia and on the Carthusian liturgical and musical tradition in general. Recently, it has been expanded with the comparisons of this tradition to other liturgical traditions and Early-Modern-Era plainchant. Next to that, interdisciplinary research of connections between words and music in the early vocal music has remained one of her main interests as well.

Other engagements: Since the beginning of her work at the Institute of Musicology, Katarina Šter has also been a member of several committees and editorial boards. Since 2006, she has been a member of the Coordination Committee and Editorial Board of the Historical Seminar of the Scientific Research Centre of the Slovenian Academy of Sciences and Arts – ZRC SAZU (President in 2013/2014), as well as a member of the editorial boards of the musicological journal De musica disserenda (from 2012, editor-in-chief in the years 2018 and 2019) and e-monograph series Slovenska glasbena dediščina (Slovenian Musical Heritage; from 2012). In 2020, she has become the editor-in-chief of the international musicological journal Muzikološki zbornik – Musicological Annual, where she was reviews editor 2016–2019. She is also a member of the Slovenian Musicological Society and of the Slovenian Society for Eighteenth-Century Studies. She has edited and co-edited several volumes of the interdisciplinary monographs Historical Seminar and two volumes of De musica disserenda.

After studies of musicology and comparative literature with literary theory at the Universities of Ljubljana and Regensburg, Katarina Šter graduated with theses on the chorale settings in Bach cantatas and on Schiller’s Letters upon the Aesthetic Education of Man. In her following doctoral studies of musicology at the University of Ljubljana and at her work as a junior researcher at the Institute of Musicology at the Scientific Research Centre of the Slovenian Academy of Sciences and Arts (ZRC SAZU), she embarked in studies of medieval liturgical chant with Prof. Jurij Snoj as her mentor. During her doctoral studies she was also able to enrich her knowledge of Gregorian chant and its performance with Prof. Franz Karl Praßl at the Artistic University of Graz (Kunstuniversität Graz) with the scholarship Go Styria!, as well as to research the sources at the Bibliothèque Municipale in Lyon with a research grant of ZRC SAZU. In 2010, she was awarded her doctoral degree with a thesis on characteristics and interconnections of six medieval antiphoners of the Charterhouse Žiče preserved in the University Library of Graz, for which she was awarded the Silver Order of ZRC (a special prize given for the excellence in doctoral theses) in 2012.

Katarina Šter is currently a research fellow at the Institute of Musicology ZRC SAZU where her work is focused primarily on the medieval musical traditions of the monastic orders and on the plainchant in different eras of music history. Of special interest to her is also the relationship between words and music in early vocal music. She presented numerous papers at the conferences in Slovenia and abroad, and published several papers on Žiče musical manuscripts in various musicological and other journals, while her monograph on the earliest antiphoner from Žiče received the Excellent in Science ARRS Award for the year 2013. In connection with her work on the relations between the Carthusians and other traditions, she carried out a specialized research at the Schola Cantorum in Basel (Switzerland) with the Swiss Government Excellence Scholarship in the academic year 2014/2015, where later she also embarked on a short research project with Dr Agnese Pavanello and Kelly Landerkin with the Scholarship for International Short Visits of the Swiss National Science Foundation in 2016. In 2016, she successfully concluded a postdoctoral project Forms and transformations of the monastic musical traditions in medieval Europe, financed by the Slovenian Research Agency (ARRS Z6-5562). In 2019 she started leading a project Old traditions in new vestments: Musical and textual reworkings in the performing practice of liturgical music (ARRS J6-1809; see above). She is also an active member of several editorial boards and specialized societies (see above).

Katarina Šter is also active as an early music singer. In 2019, she earned a Specialized Masters in Music Performance in singing at the Schola Cantorum Basiliensis in the class of Prof. Kathleen Dineen. She has been an artistic leader of several vocal ensembles, among them the ensemble insula memoriae, dedicated to the performance of the Gregorian Chant and Renaissance Music. She is also a member of an international music ensemble The Obsidian Collective. Alongside with the concert activity, she is leading workshops in Gregorian chant and Medieval music for professional and amateur musicians.