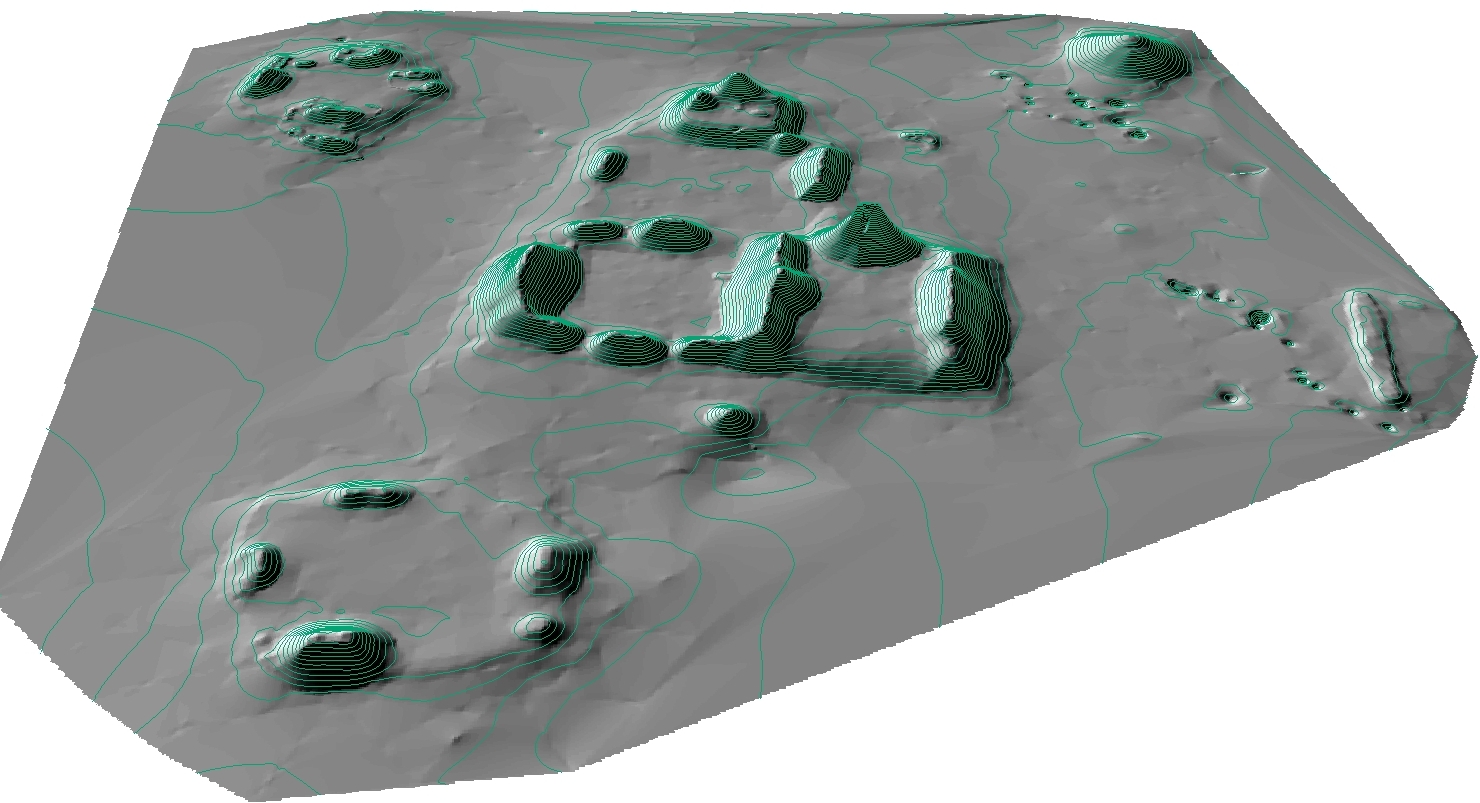 *** A well-preserved monster-mouth façade and a number of stone monuments with hieroglyphic inscriptions were found at the site of Lagunita, rediscovered after having been lost for four decades.

*** The two ancient cities, each with various plazas surrounded by ruined pyramid temples and massive palaces, reached their climax during the Late and Terminal Classic periods (c. AD 600 – 1000).

In the tropical forest of central Yucatan peninsula, two large Maya sites have been discovered by an archaeological expedition led by Ivan Šprajc, of the Research Center of the Slovenian Academy of Sciences and Arts (ZRC SAZU). While not very far from the modern towns of Xpujil and Zoh Laguna, in the southeastern part of the Mexican state of Campeche, the two sites are located in the northern zone of the depopulated and hardly accessible Calakmul Biosphere Reserve.

One of the two sites had been visited in the 1970s by the American archaeologist Eric Von Euw, who documented several stone monuments and an extraordinary façade with an entrance representing open jaws of the earth monster, but the results of his work have never been published. His drawings, kept in the Peabody Museum of Archaeology and Ethnology, Harvard University, USA, have been known to some specialists, but the exact location of the site, referred to as Lagunita by Von Euw, was a mystery. In spite of several attempts at relocating it, Lagunita remained lost until a few weeks ago, when rediscovered by Dr. Šprajc and his team.

“We found the site with the aid of aerial photographs,” Šprajc explains, “but were able to identify it with Lagunita only after we saw the façade and the monuments and compared them with Von Euw’s drawings, which the renowned Maya expert Karl Herbert Mayer made available for me.”

The other site located during the recently accomplished fieldwork had never before been reported. The archaeologists baptized it with the name Tamchén, which means “deep well” in Yucatec Maya, in allusion to the presence of more than 30 chultuns (bottle-shaped underground chambers, largely intended for collecting rainwater), some of them as deep as 13 m.

Lagunita and Tamchén are situated in the southern portion of a vast, archaeologically unexplored territory in central Yucatan lowlands. Except for Chactún, the large Maya city discovered by Šprajc’s team in 2013, no other site has so far been located in this area, which extends over some 3000 sq. km, between the so-called Río Bec and Chenes regions, both known for their characteristic architectural styles in vogue during the Late and Terminal Classic periods (c. A.D. 600 – 1000).

Aside from a ball court and a temple pyramid almost 20 m high, the core area of Lagunita has a number of massive palace-like buildings arranged around four major plazas. The most spectacular feature is a profusely decorated façade with a monster-mouth doorway. Representing the gaping maws of the earth and fertility deity, these zoomorphic portals characterize both Chenes and Río Bec architectural styles, most prominent examples being those at Chicanná, Hormiguero, Hochob and Tabasqueño. “The Lagunita façade is very well preserved, and we accurately documented all the details using 3D photo scanning technique,” Arianna Campiani commented.

Also found at Lagunita were 10 stelae and three altars, some of them with well-preserved reliefs, including hieroglyphic inscriptions. “The date on Stela 2 corresponds to A.D. 711, suggesting that Lagunita flourished contemporarily with the nearby Chactún, where we also found monuments with dates falling in the eighth century,” says project epigrapher Octavio Esparza. “To judge by both architectural volumes and monuments with inscriptions, Lagunita must have been the seat of a relatively powerful polity, though the nature of its relationship with the larger Chactún, lying some 10 km to the north, remains unclear.” The importance of Lagunita is further attested by the great density of residential mounds, terraces, albarradas (low dry walls) and other settlement remains in the surrounding area.

Similarly imposing is the site of Tamchén, located about 6 km northeast of Lagunita: there are several plazas surrounded by voluminous buildings, including a pyramid temple with a rather well preserved sanctuary on top and a stela and an altar at its base, as well as an acropolis supporting a courtyard with three temples on its sides. While Tamchén seems to have been largely contemporaneous with Lagunita, both the triadic compound and surface ceramics indicate its settlement history goes back to the Late Preclassic (c. 300 B.C. – A.D. 250).

Just like Chactún, Lagunita and Tamchén have a number of aspects that make them very promising for future research. The zoomorphic façade at Lagunita does not come as a surprise, considering that Becán, the largest site in the Río Bec zone, is only 15 km away. What has not been expected, however, is the presence of so many pyramid temples and monuments with inscriptions, which are rare in the Río Bec región. Both Tamchén and Lagunita appear to have been largely abandoned around A.D. 1000, sharing the fate of other lowland Maya polities, but a few stelae were modified some time after they had been originally erected, and Postclassic offerings were found at others. These facts obviously reflect continuities and ruptures in cultural traditions, but their significance for understanding political geography and history of the region is yet to be explained.

Particularly interesting are various elements that have not been known elsewhere in the Maya area. Two altars of Lagunita have a curious nail-head shape. The third one is rectangular and has a series of Ajaw glyphs on its sides, with coefficients evidently referring to successive k’atun (20-year period) endings; such records are common in codices, but not on stone monuments. Whereas hieroglyphic texts normally appear in an even number of columns, the inscription on Stela 2 of Lagunita has three, and the Long Count date is incomplete. At Tamchén, dozens of chultuns are scattered in two plazas; some are partially collapsed or filled-in with material accumulating through centuries, but others are even nowadays 10 or more meters deep. Whereas chultuns are common at Maya sites, their depths and high concentration within the civic and ceremonial center of the ancient settlement represent a peculiarity of Tamchén. Only future research in the extensive archaeologically unsurveyed region to the north may reveal whether such characteristics, which at the moment appear to be rather unique, were in fact common in a wider area.

Representing a follow-up of the project of Archaeological Reconnaissance in Southeastern Campeche, Mexico, directed by Ivan Šprajc since 1996, the 2014 field season was approved and supported by the National Institute of Anthropology and History (INAH), Mexico. Lead funding was provided by Ken and Julie Jones from their KJJ Charitable Foundation (USA); additional financial support was granted by private companies Villas (Austria), Hotel Río Bec Dreams (Mexico) and Ars longa and Adria Kombi (Slovenia), as well as by Martin Hobel and Aleš Obreza.

In June 2014, the southern part of the Calakmul Biosphere Reserve, where most of the currently known archaeological sites were discovered in field surveys headed by Šprajc in recent years, was inscribed in the UNESCO World Heritage list as a mixed natural and cultural property. Lagunita, zoomorphic portal, left side, looking east. Note the stylized eye of the earth monster and fangs along the doorway jamb 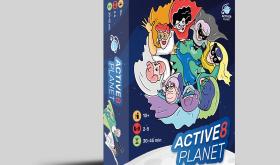 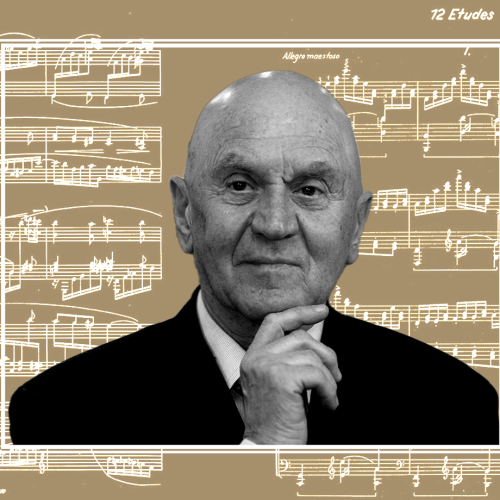 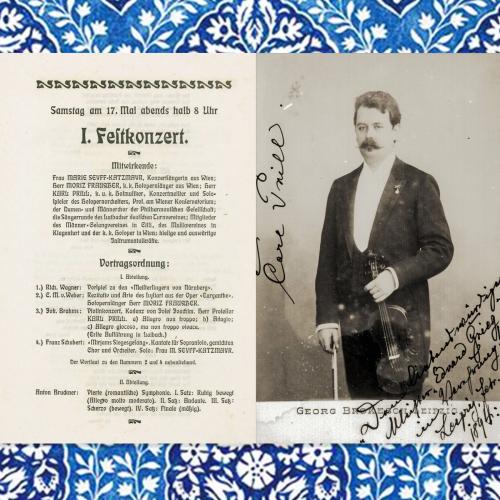 Did you know?
The first performance of the Violin Concerto in D major by Johannes Brahms in Ljubljana in 1902
News