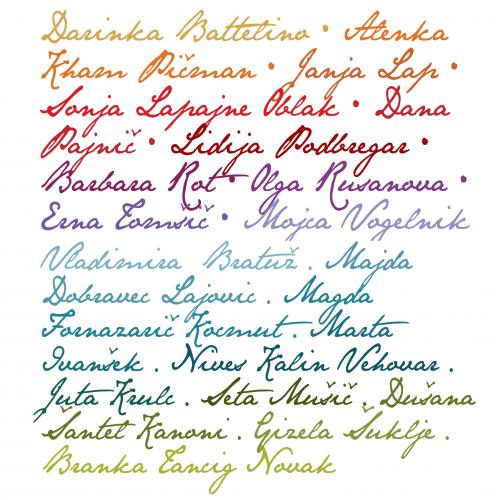 The collection Slovenian Female Architects, Civil Engineers and Designers is prepared by the France Stele Institute of Art History ZRC SAZU. It has been created based on a series of exhibitions titled To the Fore: Female Pioneers of Slovenian Architecture, Civil Engineering, and Design, which were prepared in cooperation with the Slovene Centre for Architecture, and have been exhibited in Ljubljana’s architectural gallery Dessa since 2016. This collection aims to shed light on the life and work of a neglected part of Slovenian architectural creations that have been overlooked. At the same time, it offers the opportunity to highlight works from the 20th century’s rich architectural oeuvre, which have rarely been exhibited, even though they are no less important, of no lesser quality or less multi-layered.
The collection is thematically integrated into the activities of the international interdisciplinary project MoMoWo (Modern Movement Women - Women’s Creativity since the Modern Movement), which is being carried out at the Research Centre of the Slovenian Academy of Sciences and Arts at the France Stele Institute of Art History, and aims to present to the professional and general public an important part of the “anonymous” and hidden European cultural heritage of the 20th century, created by women in the fields of architecture, civil engineering, interior and industrial design, landscape architecture and urban planning, which are considered traditional domains of the male profession.
The collection is primarily dedicated to pioneers, the first pre-war and post-war generations of women creators, who actively participated in planning, designing and marking places of their time. They were silent companions in the shadow of professionally better established and renowned professors, co-workers, fathers or spouses, which is why it is still hard to determine their share in the creation and realization of numerous Slovenian architectural masterpieces, from Jože Plečnikʼs National and University Library to Edvard Ravnikarʼs Trg republike (Republic Square). Because of social prejudices, they were limited to only certain areas of architectural work, such as drawing up plans, designing parks, interior furnishings, industrial design, urban planning, and, in rare examples, public and individual construction as well. Moreover, if they started a family, they were most often obliged to limit their work even further. Consequently, some of them decided to work in other, mostly artistic fields instead. Thus, the chosen works represent the most important projects of the first generations of Slovenian female creators, which, considering the time, circumstances and the role of women at that time, should be viewed and evaluated on a different scale than usual. The collection is designed as multi-layered, with an emphasis on the quality of the works and the complexity of ideas; it also uncovers the creative power of the individual authoress. Research for the collection has been carried out in the scope of the research program Slovenian Artistic Identity in European Context, financed by the Slovenian Research Agency (ARRS, P6-0061).